Demonstrating sensitivity to cultural norms will show your overseas business colleagues that you respect them. It might even be key to closing a deal or establishing a long-term partnership! Despite the impact of COVID-19, Asia remains an attractive region for companies looking to expand their business and import from. Roughly 60% (4.4 billion) of the world’s population lives in Asia. Of course, each country is different. Every country has its own customs, and the ability to navigate cultural differences is a critical aspect of building successful relationships with business contacts around the globe. This is particularly true in the Asia-Pacific region, where westerners often struggle to understand the nuances of communication and social cues – from the way to dress to how to enter a room.

Here are some quick tips on business etiquette rules in Asia:

A basic sign of respect, punctuality is highly valued in Asian countries and arriving ahead of time is deemed professional. A gentle handshake accompanied by good eye contact is an appropriate formal greeting, except in Thailand, where the “wai” gesture with palms pressed together, is still standard protocol. Asian professionals also value their personal space and dislike unnecessary physical contact, so avoid patting someone’s back and putting your arm around someone’s shoulder. When exchanging business cards, it’s customary to give and receive using both hands. Be sure to read the cards before putting them in your card case or on the table.

Businessmen in Asia spend a great deal of time (and money) building trust and developing strong relationships with their associates and clients. Making small talk is a must to establish rapport and make a good first impression during first meetings. Start by learning the right pronunciation of their names and break the ice with greetings and simple phrases in their native language. For instance, when meeting someone for the first time in Japan, say, “Yoroshiku onegaishimasu”, which roughly translates to “Please treat me kindly”. For small talk, choose safe, lighthearted topics of discussion, such as travel, hobbies, sports, technology, and the weather. As in other countries, talking about politics and religion is a no-no. 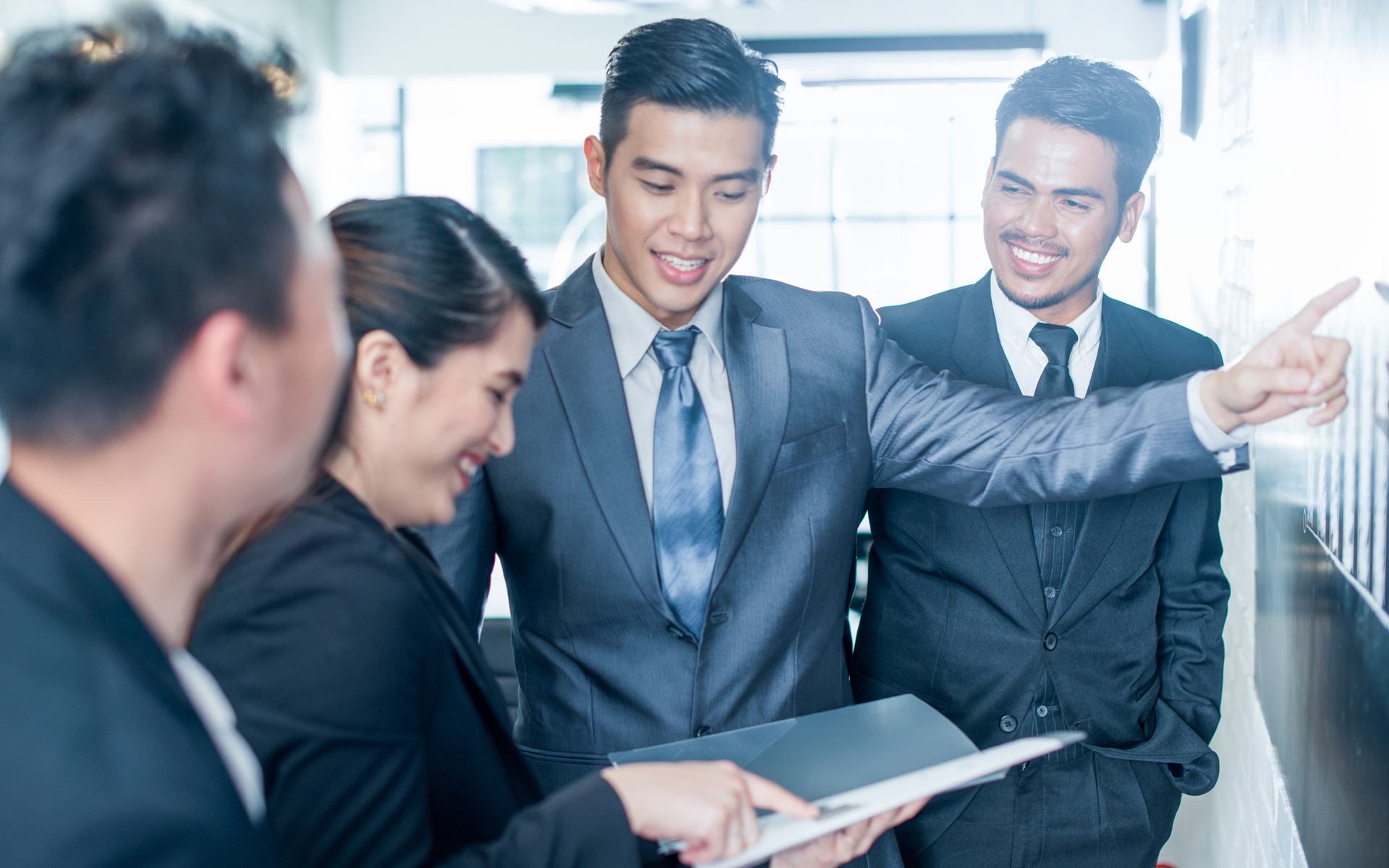 Networking takes time and effort, but “who” you know matters a lot in Asian business cultures, where several corporations are owned by prominent families and controlled by the government, except in Japan. When growing your professional network, always have long-term goals in mind and know how to take advantage of introductions or referrals by peers and other business contacts. However, refrain from name-dropping and over-mentioning your contacts in corporate scenarios. It’s better to emphasize your competence rather than influence.

In terms of verbal communication, Westerners generally tend to be more straightforward compared to those in the East, where facial expressions and body language are vital in social interactions. Most Asian professionals come from non-confrontational societies so pay closer attention to nonverbal cues. Most importantly, understand the Chinese concept of “face”, especially in countries like China, Singapore, and Hong Kong, and avoid putting anyone on the spot by asking yes or no questions or making them take sides. Giving credit to the group is also more acceptable than complimenting individual employees.

Unlike in individualist cultures, where employees are individually responsible for their decisions, decision-making in Asian firms is highly centralized and usually flows from the top downwards, so those with a large stake in the company hold the reigns. This top-down management is practiced by most Asian economies, except for Japan, where companies make collective decisions. In general, teams tend to delay making decisions until they get their superiors’ approval and reach a consensus.

Asked why the East and West think so differently, a Chinese philosopher replied, “Because you had Aristotle and we had Confucius.” It’s misguided to assume that Western ways of thinking, feeling, and behaving are universal. Instead, by being culturally aware and knowing how to build trust and inspire respect, global economic leaders can create enduring business relationships in Asia.