In the world of business, we have bosses…and then we have leaders. If you are a manager, supervisor, or business owner, you should carefully analyse your managerial style and assess whether you’re a boss or a leader within your corporation.

Anyone can be a boss. Well, perhaps not anyone, but it is far easier to simply be an average boss than to take on the qualities of a good leader. There is definitely a marked difference between a leader and a boss. The word ‘boss’ often comes with negative connotations, while ‘leaders’ are looked up to as good examples and sources of inspiration.

So how do you transcend from being a boss into a respected leader in your company? In this article series, we’ll discuss the differences between bosses and leaders and how you can become an inspirational leader for your employees.

Leaders are influencers: bosses are commanders

It is far harder to be an influencer than a commander. Commanding is easy; you simply give out a list of instructions and use a commanding presence to get them done. But influencing is far more subtle and nuanced. When leaders influence their employees, it feels as if the employees want to get their tasks done instead of just begrudgingly getting on with their tasks. One of the most important aspects of a good leader is their ability to influence others.

So how do you become more influential? You’re able to grow your influence by showing that you really care for your team as well as explaining the reasons behind your decisions so that your team members feel appreciated and learn more about your reasons for doing things.

As a boss, it is your duty to explain tasks and processes to your employees, but true leaders will go further than just explain. They will inspire! Leaders inspire their employees by the way in which they deliver their messages. Employees are also more likely to be inspired if they respect their leader and have a thorough understanding of the work that has been set out for them. Finally, a good leader will inspire employees to the extent that they’ll be excited about their work.

Leaders are part of the team: bosses are ‘better’ than the team

Bosses see themselves as ‘better’ than their employees and have no problem telling people what to do and delegating tasks, but they won’t get into the nitty-gritty of things themselves. They may also treat employees as ‘lesser’. Leaders are different in that they see themselves as part of the team and are willing to lend a helping hand wherever necessary to get the job done. Don’t think employees don’t notice this; they really do. Seeing your leader be part of the team is one of the biggest reasons why you may start to grow immense respect for them. 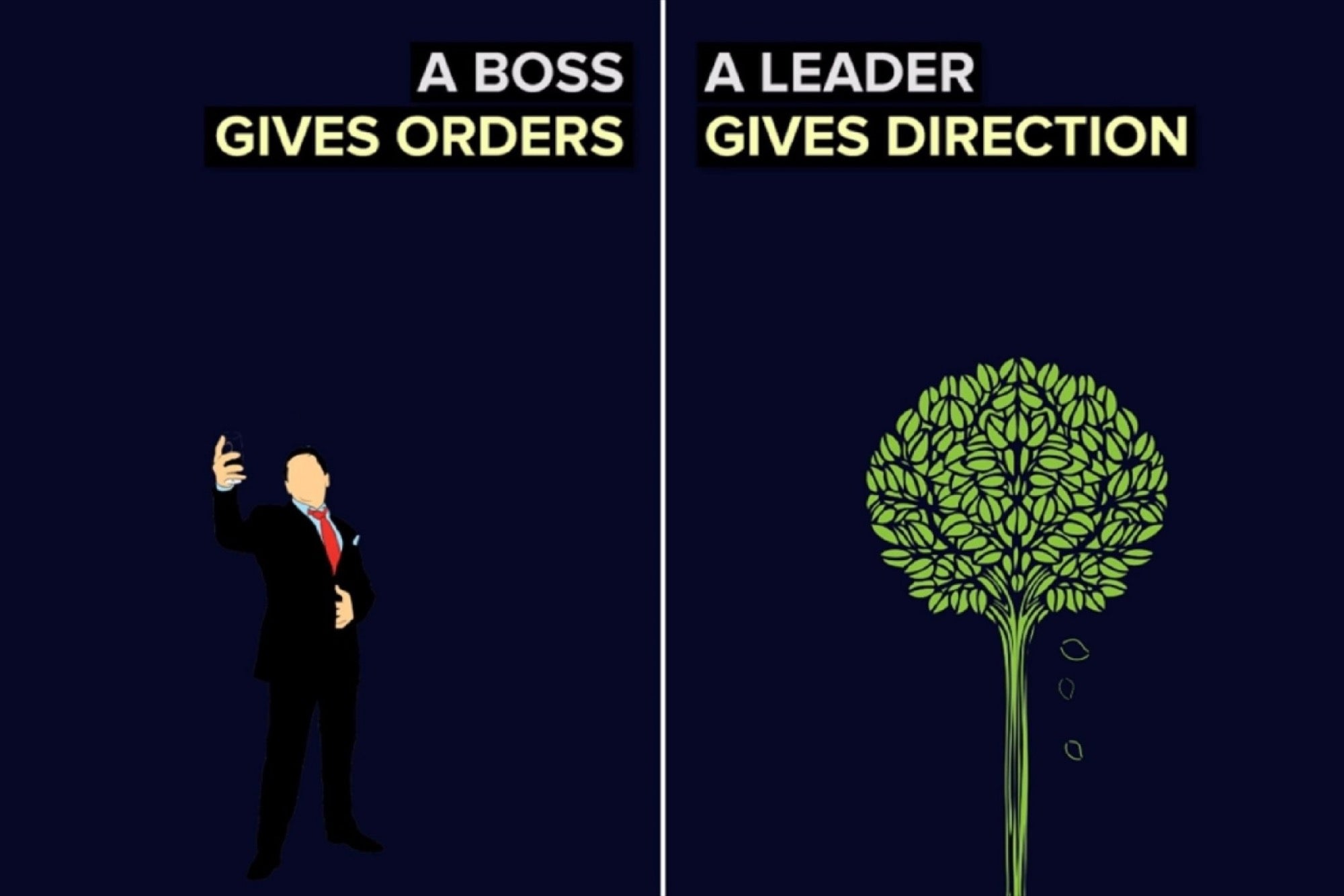 Leaders know how to share their authority: bosses don’t

Bosses want to hold onto all of their authority and power for themselves. They are at the top while everyone else is below them. This is a very totalitarian way of thinking and does not often garner them much respect. On the other hand, leaders are not scared to delegate some of their authority by giving certain responsibilities to other team members. This is a far more effective way of getting things done, and it allows employees who show leadership potential to also practice their leadership skills.

Leaders are mentors: bosses are disciplinarians

Bosses are known to shout, grumble, and punish you should you do things wrong. They often focus on the negative while not doing much to assist employees or listen and understand them. A leader, on the other hand, acts as a form of mentor to their employees and is always there to offer expert advice on how things can be done better.

So now that you know the difference between a boss and a leader, would you like to learn how to transform from a boss into a leader? If so, be sure to check the second part of this series, coming very soon.